Gary A. Lippincott has been riding to work on the back of a dragon for many years. Having fallen in love with the illustrators of the Golden Age and such contemporary artists as Alan Lee and Brian Froud, his artwork has the style of old-world craftsmanship often found in folk and fairy tales. His delicate, highly detailed watercolors can be found in children’s picture books and in oracle and tarot decks.

Gary’s work has been featured in prominent fantasy and science fiction publications and on labels for imported beers and ales. It has also graced the covers of both young adult and adult fantasy novels written by such prominent fantasy authors as Ursula K. Le Guin, J.R.R. Tolkien, Jane Yolen, Tanith Lee, Mary Edgehill and Charles de Lint.

In addition to his two-dimensional work Gary has dabbled in sculpture and creating one of a kind marionettes. His art hangs in galleries and has been purchased by collectors worldwide.

Gary has received numerous awards including 3 Chesley’s, and has been nominated for both a Hugo and World Fantasy award. His artwork has appeared in many editions of Spectrum Annual, and has been shown at their “Best Of” show, twice, held at the Society of Illustrators Museum in New York City.

Gary received his BFA in painting from Maryland Institute College of Art. He currently resides in the woods of Central Massachusetts. 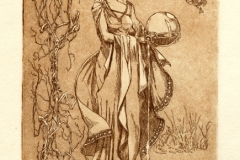 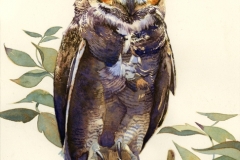 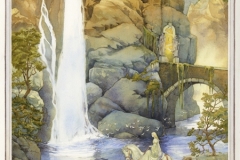 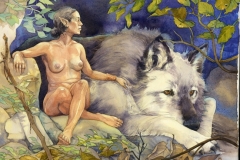