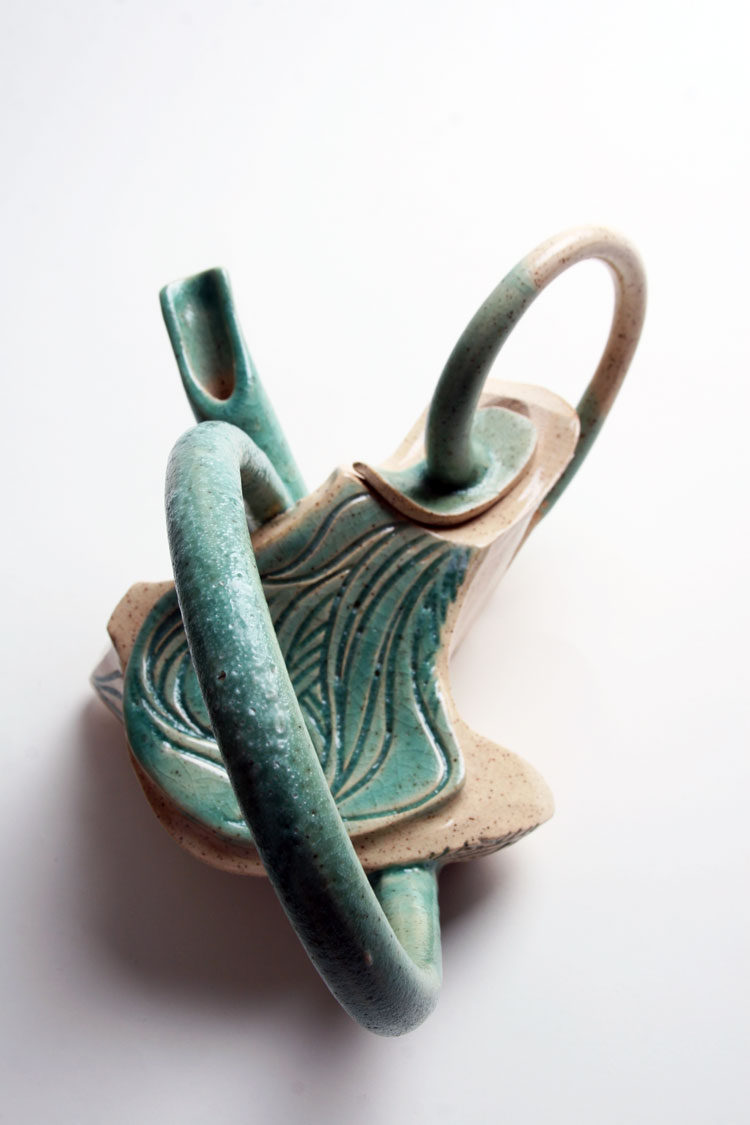 Juliet Bacchas was a child of the Jamaican countryside.  She attended Edna Manley College of the Visual and Performing arts in Jamaica where she was honored with several awards.  In her second year she received a bronze medal form the Jamaican Cultural Development Commission, (JCDC). In 2000 she received a silver medal from the JCDC and in 2001 the William Aiken Cash Award. At her graduation Juliet was the first recipient of the Cecil Baugh award of Excellence, an honor bestowed upon her by the Master Potter of Jamaica himself, Cecil Baugh.  After graduating, Juliet took began her career as a high school teacher and part time potter. When her mother fell ill, she left Jamaica, moving to the United States to help her.  Juliet began a successful career with peer, friend, and business partner Linda Spelko.

Juliet’s inspiration comes from her Jamaican heritage. Creating from clay, her pottery pieces are linear, sculptural, graceful, large forms.   One technique Juliet brought with her from the Caribbean is the African Coil Technique.   This practice involves making clay “sausages” just big enough to fit comfortably in the palm of her hand.  Each clay “sausage” is then held between the palm and forefinger.  With a circular motion, the clay is pressed into the other palm, rapidly creating the base of the vessel. The same pattern is repeated to build the body.  As the form gets higher, the spirals are either sealed with the fingers or wooden tools or left as a surface finish.  Juliet has made modifications to this technique, taking a time-honored practice and making it her own. 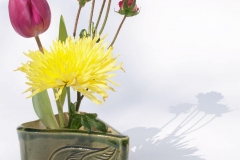 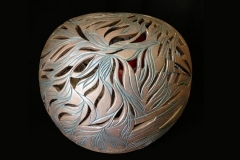 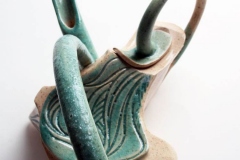 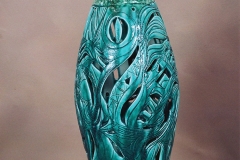 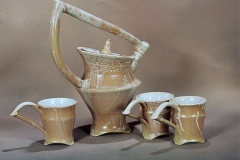 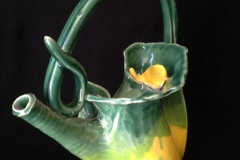