is a contemporary realist painter specializing in trompe l’oeil- a French term meaning “to fool the eye”. The Chicago Sun Times has described her paintings as, “Artful beyond just illusion and trickery, they are truly masterful still lifes made with both craft and wit.” Ms. Featherston’s paintings have received numerous awards from some of the most distinguished art organizations in the country, including the Art Renewal Center, Salmagundi Club and the Catherine Lorillard Wolf Club. Her paintings have appeared in The Artist’s Magazine, American Art Collector, Southwest Art, and the Santa Fean Magazine to name but a few of the publications that have featured her work. Ms. Featherston is represented by fine art galleries across the country, and her paintings are sought after by notable collectors including Toni Morrison, Danielle Steele, J.J. Abrams, and Alice Cooper. 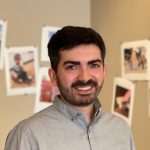 is an art historian, gallerist, and writer. Since 2014, he has served as the gallery manager at the historic Providence Art Club, where he oversees a rigorous exhibition schedule spread across three unique gallery spaces. Under his leadership, the galleries of the Art Club have earned three consecutive Best of Rhode Island Awards for Best Art Gallery in Providence. In June of 2021, Michael also joined the writing staff of local news site GoLocalProv.com to author a popular weekly column “Inside Art” about exhibitions and artists throughout Rhode Island. He is a sought after lecturer on topics related to art history and art business and has juried exhibitions for numerous local arts organizations. Michael earned his BA in Art History at Providence College, and holds a Certificate in Appraisal Studies in Fine and Decorative Arts from New York University.

$1,000 BEST IN SHOW! 1st and 2nd place cash awards will also be given in each category. All award winners will be spotlighted on our website, and on social media posts.

Shows of this caliber are not possible without help!

Email marie@workshop13.org to volunteer or become a sponsor.